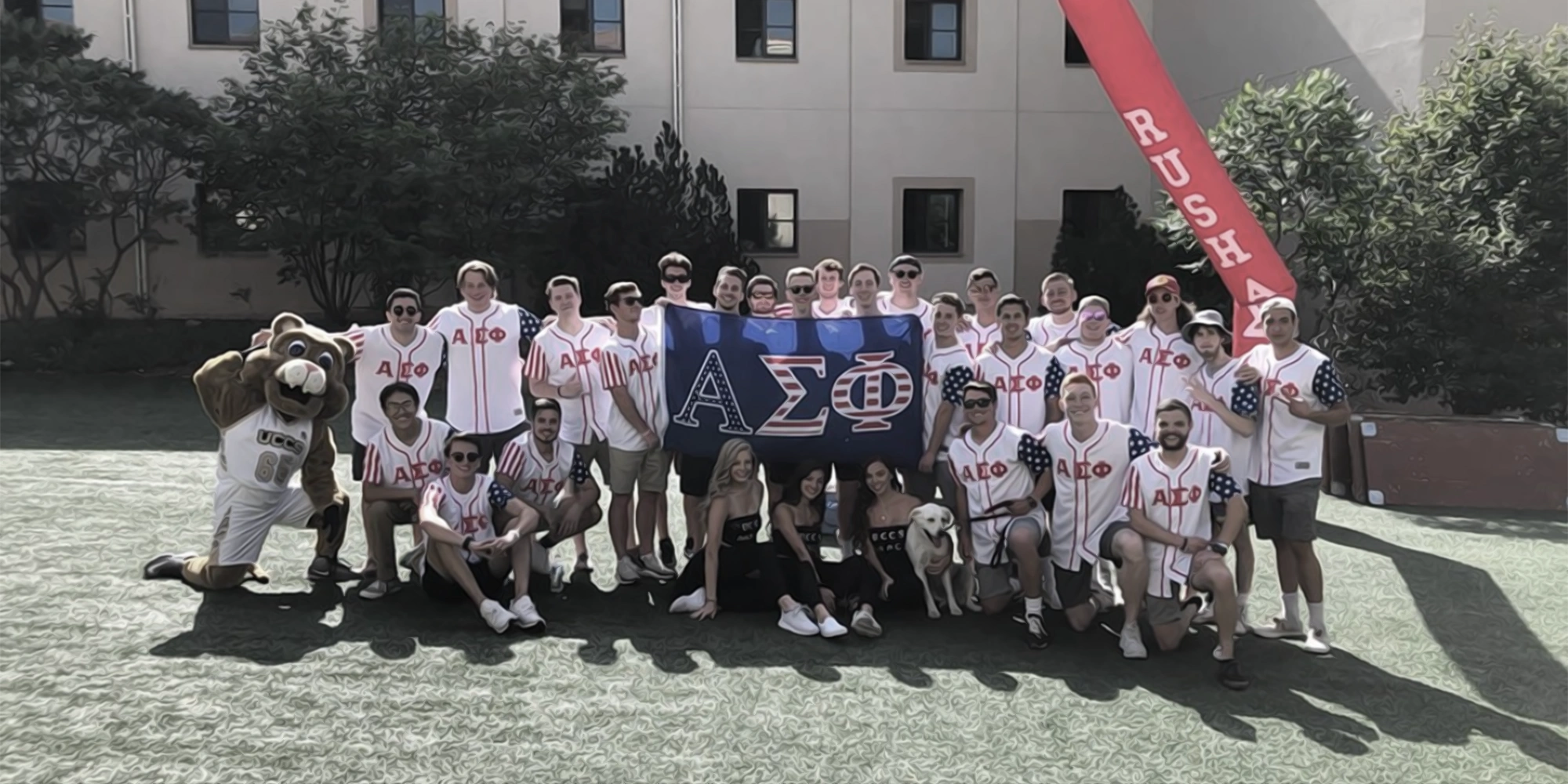 If you'd like to see your chapter featured on Alpha Sigma Phi's social media outlets, please submit your content here.

While social media is a great tool to promote the good your chapter is doing on campus and in your community, it is also an easy way to get yourself or your chapter in a negative situation. As a member of Alpha Sigma Phi, you are expected to uphold the integrity of the Fraternity and contribute to the reputation of Alpha Sigs as 'Better Men'.

ABOUT THE TOMAHAWK MAGAZINE

"Be not offended fellow students, that once again your attention, your interest and your support is called to another college sheet. Though we come a stranger, our cognomen unfamiliar, and perhaps uncouthly; though at our stealthy approach you shudder, conjuring up strange phantasms of havoc and merciless destruction and were want to follow the flight of the tomahawk, in those days when the wild savage roamed in our primeval woods, and with his unerring weapon hurled pain and death upon his white foe; though indeed you find everything repugnant in our name, and our nature, and our unexpected and (perhaps to you) apparently uncalled appearance; yet be assured we have just claims upon your ears, yes, though we come with a tomahawk in our hands!"

That paragraph proved quite meaningful. Fraternity life at Yale in those days stood not only for loyalty to one's own society, but for bitter opposition towards every other organization. Kappa Sigma Theta had not been sparing of its abuse of Alpha Sigma Phi in The Banger so The Tomahawk retaliated  with a vengeance.

The Tomahawk has continued to change in appearance and purpose, reflecting the changing nature and needs of the members of Alpha Sigma Phi. For many years, the magazine reported merely on the activities of chapters and members. Today's Tomahawk seeks to do more than just list new chapter officers and routine chapter news. It reports more in-depth chapter programs and projects. It reports on the achievements of our members worldwide and it reports on Alpha Sigma Phi's changing policies and priorities. It seeks to challenge and stimulate new thinking . . . to share new approaches to fraternal living and achieving a better Brotherhood.

The Tomahawk (ISSN #0741-5435 Print and ISSN #1931-9606 Online) is the oldest college fraternity publication. It first appeared in November 1847 at Yale University and continued until the university suspended it in 1852. Since its revival in April 1909, it has been continuously published.

Today, The Tomahawk seeks to reflect the Vision and Purpose of Alpha Sigma Phi by presenting news of active chapters and affiliate organizations, individual members and the national organization; by addressing current issues facing the Greek community and our Fraternity; by educating and entertaining those interested in the welfare of Alpha Sigma Phi Fraternity and Foundation; and by serving as a historical record. The Tomahawk is distributed in a variety of formats. Every month, all alumni and undergraduates with a good email address receive an electronic Tomahawk Newsletter. Other formats include a printed magazine typically distributed twice each academic year.

CONTRIBUTE TO THE TOMAHAWK MAGAZINE

Alpha Sigma Phi Fraternity is always looking to add to its team of Tomahawk contributing writers. If you have experience writing for a magazine or newspaper, or just want to be involved in telling the story of Alpha Sigma Phi to over 45,000 in circulation, please send an email to Ian Fraser, Director of Marketing & Communications at ifraser@alphasig.org.

Writers will typically receive 1-2 story assignments per issue. In-depth details and guidance will be given to those who need it, especially during a writer's first issue as a contributor. The Fraternity asks that each contributor commit to at least one year of service (two issues, 2-4 stories). There is no limit for how long you can be a contributor.

If you have any questions, please send us an email!

If you have content you'd like featured in an upcoming edition of the Tomahawk Magazine, please submit it here.

Because of the volume of mail received and the space constraints in our magazine, it is possible your material may not be used or that it will appear several issues later than you expect. Every effort is made to include date-sensitive items in a timely manner.

The following is basic information about Alpha Sigma Phi Fraternity. If you need additional information, please contact us by email at tbtm@alphasig.org. Media Inquires should be directed to Gordy Heminger, President and CEO, at gheminger@alphasig.org. He can be reached by phone at 317-843-1911 ext. 237.

COMPANY OWNERSHIP
Alpha Sigma Phi Fraternity is equally owned and operated by its initiated brothers. There are approximately 7,000 undergraduate brothers and 61,000 living alumni.

HEADQUARTERS LOCATION
Carmel, Indiana, a suburb of Indianapolis. First established in New York, New York, 1919. In 1946, the office moved to Delaware, Ohio. The office was moved to Indiana in 1996. A new headquarters building was dedicated in 2002.

NATIONAL PHILANTHROPIC PARTNERS
At the 2013 Elevate -  International Leadership Conference at Marshall University, the Fraternity announced that instead of having just one national philanthropy, it would now partner with five national charities one for each of the Fraternity's Five Values.

Our current Philanthropic Partners are:

to Better the World through Better Men.

to Better the Man, through the creation and perpetuation of brotherhood founded upon the values of character Silence, Charity, Purity, Honor, Patriotism.

OUR BRAND IS OUR IDENTITY

For 175 years, Alpha Sigma Phi has used a variety of symbols and insignia to outwardly express our Values of Silence, Charity, Purity, Honor and Patriotism. In 2005, the Fraternity developed a Style Guide to help ensure that our message and image were accurately and consistently expressed outwardly and inwardly to all of our key stakeholders.

Vendors who would like to re-print our logos or word marks on t-shirts and novelty items must be an officially licensed Greek vendor. To learn more about becoming a licensed vendor, please visit GreekLicensing.com.

Below are the official marks of Alpha Sigma Phi. To request hi-resolution files of our marks or custom colored logos, please email Ian Fraser, Director of Marketing & Communications at  ifraser@alphasig.org.

THE WHITE ALBUM
In the 1920's, the Fraternity's music was professionally recorded by the University of Michigan Glee Club. The music was then put on an album and distributed to members of the Fraternity. In the 1990's, the record was saved to a cassette tape and later that decade transferred to a CD. The music from that album has been made available for digital download in DropBox and is available to hear below.

Alpha Sigs have been composing songs since 1845, so today, the Fraternity's musical heritage is a rich one indeed. One of the very first publications of the Fraternity was a songbook. View the 175th Anniversary Edition of the Songbook below.

To the Glory of Alpha Sigma Phi (mp3)

Within the Mystic Circle (mp3)

To better the man.